Truck owners and truck rental agencies in the U.S. must be “vigilant” about the increasing frequency of “ramming attacks” by terrorists using vehicles as killing machines, according to a new Transportation Security Administration report obtained exclusively by NBC News.

The report notes that in the past three years, at least 173 people have been killed and more than 700 wounded in 17 ramming attacks around the world. Of the 17 attacks, 13 resulted in fatalities. Five were carried out in France both before and after the Nice attack and four took place in Israel.

Nine of the 17 attackers were carried out in the past 10 months. One involved an Ohio State University student who drove his car into a crowd last November, then began slashing fellow students before campus police killed him. Eleven people were wounded.

“No community, large or small, rural or urban, is immune to attacks of this kind by organized or ‘lone wolf’ terrorists,” the report noted.

Most of the deaths, the TSA reports, took place in two attacks: the 87 killed by a lone Islamic terrorist using a commercial truck in Nice, France, on Bastille Day, July 14, last year, and the 43 killed when Islamic terrorists in two SUVs plowed through a crowded market in Urumqi, the capital of China’s restive Xingjang province. In that case, unlike the others, the attackers threw homemade explosives into the crowd during the attack. The two vehicles then collided and exploded.

The jump in the frequency of attacks appear to coincide with an ISIS leader’s call in September 2014 to use whatever weapons or tools, including vehicles, available to kill “infidels.

Abu Mohammed Al-Adnani, in a speech following coalition air attacks on ISIS specifically suggested jihadis kill westerners anyway they can: “Smash his head with a rock, or slaughter him with a knife, or run him over with your car.”

Based on a study of the attacks, the TSA said particularly vulnerable locations include those where “large numbers of people congregate, including parades and other celebratory gatherings, sporting events, entertainment venues, or shopping centers.” Moreover, it suggested that several of the attacks had been planned for such events. CONTINUE.. 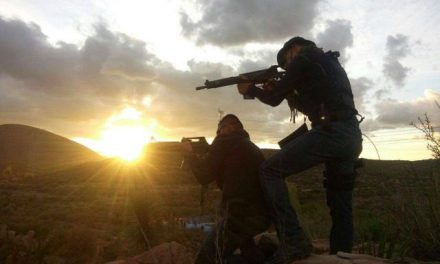