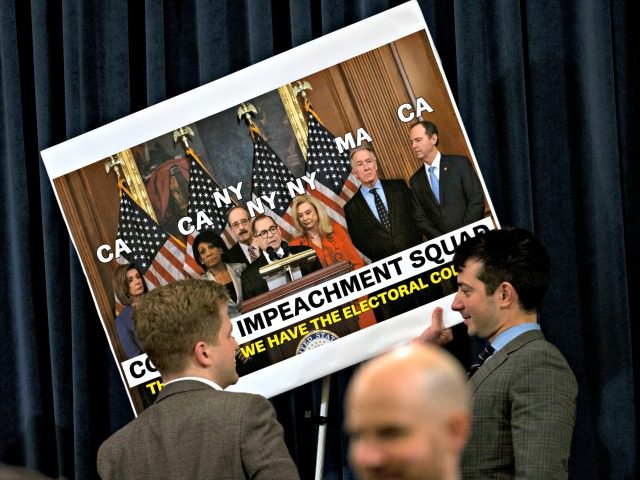 Democrats are expecting wide-scale defections among their rank and file when Articles of Impeachment against President Donald Trump come to the floor for a vote next week, the Washington Post reports.

House Democratic leaders are bracing for some defections among a group of moderate Democrats in swing districts who are concerned a vote to impeach President Trump could cost them their seats in November.

Bade and DeBonis quote three senior House Democrat officials saying that there will be at least a half dozen Democrats who join with all Republicans to oppose impeaching President Trump, but a third senior Democrat aide told them there would probably be many more than just a half dozen defections.

Lawmakers and senior aides are privately predicting they will lose more than the two Democrats who opposed the impeachment inquiry rules package in late September, according to multiple officials who spoke on the condition of anonymity to talk frankly. Two senior Democratic aides said the total could be as many as a half-dozen, while a third said the number could be higher.

Generally speaking, if leadership of the majority party is publicly leaking that they expect at least a half-dozen defections a week before the actual vote, the number of defections on said vote is likely to be much higher. It’s remarkable that Democrats are now readily admitting they will lose at least six Democrats on the vote, probably more, but Bade and DeBonis have also confirmed now that Rep. Jeff Van Drew (D-NJ) will vote against Articles of Impeachment, just as he voted against opening the impeachment inquiry to begin with.


They also say that Rep. Collin Peterson (D-MN) has confirmed he is leaning against voting for Articles of Impeachment–Peterson was the other Democrat to join all Republicans in bipartisan opposition to the inquiry vote–but also that Democrat leaders expect that Peterson will join Van Drew and other Democrats in the bipartisan vote against the increasingly partisan impeachment push against Trump.

Bade and DeBonis reported that these frontline Democrats–there are yet no more who have as of yet publicly stated they intend to vote against Articles of Impeachment, but many are privately fretting the forthcoming vote–are having second thoughts about this, now that they have seen polling moving against impeachment.

Predictions about some defections come as a core group of centrists from districts Trump won in 2016 are having second thoughts. While many knew impeachment would never be popular in their GOP-leaning districts, some have been surprised that support hasn’t increased despite negative testimony about Trump from a series of blockbuster hearings last month. Several moderates have privately pined for other options, including a censure vote they know they’re unlikely to get. Others have even considered what one moderate called ‘splitting the baby’: backing one article of impeachment but not the other to try to show independence from the party.

Further complicating matters for Democrats is the fact that the U.S. Senate will not convict President Trump. To do so, the Senate would need 67 votes for conviction on Articles of Impeachment–and there are 53 Republicans in the Senate, all of whom are aligned behind Trump at this stage. What’s more, some Senate Democrats are potentially expected to join the bipartisan opposition to the partisan impeachment push–particularly Sens. Joe Manchin (D-WV) and Kyrsten Sinema (D-AZ), but also possibly Sens. Doug Jones (D-AL), Gary Peters (D-MI), or Jeanne Shaheen (D-NH)–if it reaches that stage.

Manchin on Wednesday said he was “torn” over impeachment, and he even backed the White House’s push to have former Vice President Joe Biden’s son Hunter Biden be called in to testify in a potential Senate trial should it reach that stage.

While it still seems more likely than not that Articles of Impeachment will pass the House of Representatives next week, if enough of these vulnerable Democrats band together against them on the floor, they could avoid a messy Senate trial that would undoubtedly acquit Trump, giving him a massive boost going into his 2020 re-election campaign. Assuming Peterson does end up voting no, as Van Drew has confirmed he will, Democrats could only afford to lose a total of 17 more of their members on the floor and still pass impeachment.


There are four vacancies in the House, and former GOP Rep. Justin Amash of Michigan–who left the party over this–is expected to join the Democrats in the vote for impeachment, so that means Democrats would need 216 votes for impeachment to pass. As such, 19 total votes from Democrats against Articles of Impeachment–there is already at least one, probably two, with many more expected–could sink the vote.

There are 31 districts that Democrats currently represent that President Trump won in 2016, and another 20 or so that are considered battlegrounds with vulnerable incumbents.

Democrat leadership, meanwhile, does not intend to ensure its passage–and will not whip the votes for impeachment on the floor.

“In fact, Democratic leaders have said they don’t intend to whip the impeachment vote, allowing each member to make his or her own personal choice on such a historic roll call that many see as a legacy-defining issue,” Bade and DeBonis wrote before quoting Rep. Dan Kildee (D-MI), a deputy whip in House Democrat leadership, as confirming the plan by Democrat leaders to not whip the vote.

“This is about one basic fact: the Democrats have never accepted the will of the American people.” –@Jim_Jordan #impeachmentDebate pic.twitter.com/NRDhdgxgcz 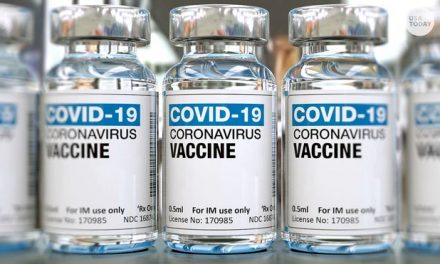 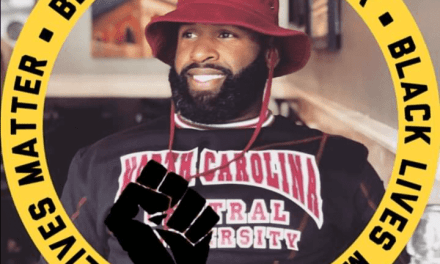 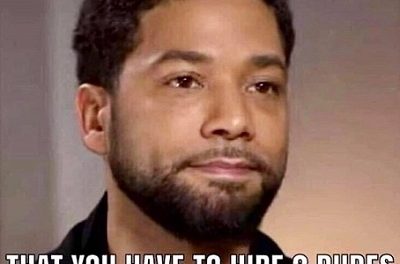 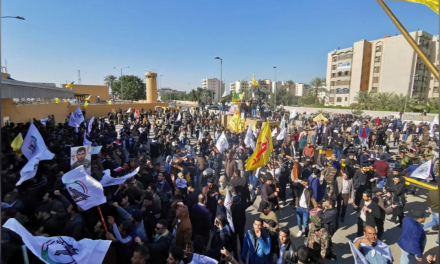