The crisis over the last few weeks at Oroville Dam was about how to handle large amounts of water flowing into the lake with both of the reservoir’s spillways damaged.

But there also was a seismic angle to the story. As Lake Oroville swung from being at 41% of capacity to 101% in just two months, scientists are asking whether the filling of the reservoir at the fastest rate in at least a generation can produce a damaging earthquake.

No one knows for certain, but the question has been a source of debate since shortly after the nation’s tallest dam was built, and a magnitude 5.7 earthquake occurred that some believe was related to an unprecedented lowering and rise of reservoir levels. Moreover, two microearthquakes were detected last month soon after Lake Oroville began rushing over its emergency spillway.

About a day and a half after officials ordered mass evacuations of more than 100,000 people downstream of Oroville Dam — fearing the collapse of a hillside eroded by the overflowing lake — two tiny temblors were recorded. They struck in the early hours of Valentine’s Day, just before 3 a.m.: a magnitude 0.8, and then a 1.0. 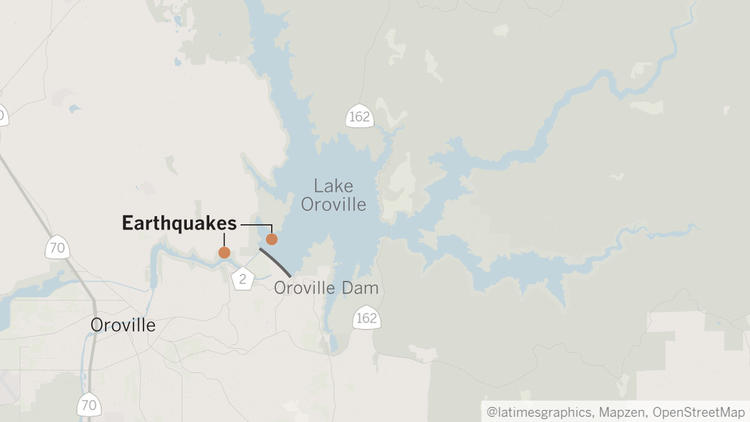 Those earthquakes were so small a human wouldn’t be able to feel them at the surface. But given how close they were to the dam, and the relationship between some man-made reservoirs and earthquakes, researchers gave the temblors special attention.

“But in general, when you see seismicity induced by reservoirs, it’s generally sort of in the beginning of the lifetime of the dam,” Rubinstein said.

That’s what some scientists believed happened at this reservoir in 1975, seven years after Oroville Dam was completed.

Lake Oroville had been filled before. What made the winter of 1974-75 unusual was that water levels had to be reduced to their lowest level since the reservoir was first filled to repair intakes to the hydroelectric power plant.

Months later, there was an unprecedented refilling of the lake that ended in June 1975.

Then the earthquakes started.

Instead of fewer than five earthquakes a month in a zone within 25 miles from the dam, as had been the case for the previous year, June and July suddenly saw more than 10 earthquakes each month.

Then the largest earthquake in the sequence hit: a magnitude 5.7 on Aug. 1, 1975. It was strong enough to crack plaster and walls in Oroville and was felt as far away as San Francisco and Sacramento, where the Capitol’s dome suffered minor damage. The 50-person staff of Treasurer Jesse Unruh was ordered to evacuate its office.

That August became a banner month for earthquakes around Oroville Dam — more than 3,000 temblors were recorded, before fading to more than 700 a month later and over 100 by October. 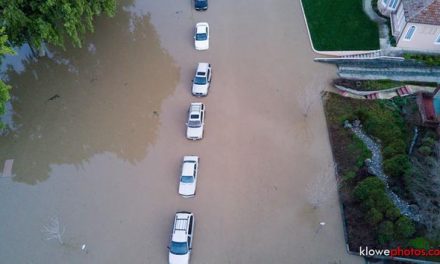 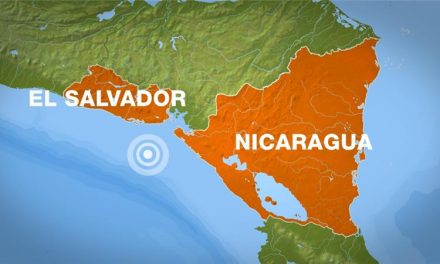 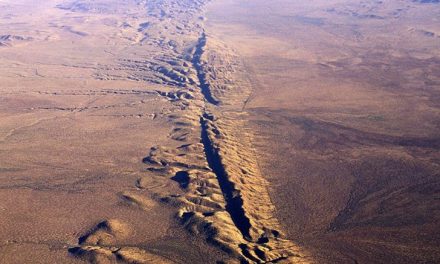