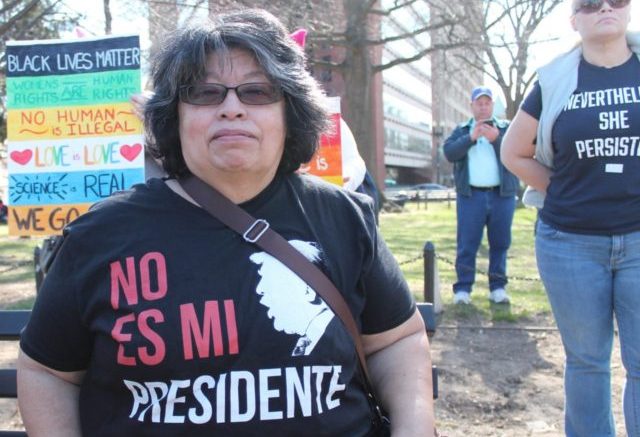 Anti-Trump activists in California and the U.S. participated in “Not My President Day” rallies on Monday, which marked the public holiday of Presidents’ Day.

Despite the morning rain, a large crowd assembled outside L.A. City Hall on Presidents Day to send the message that they oppose President Donald Trump’s policies – including the planned construction of a border wall and recent immigration raids by federal agents.

“I think it’s really important to say that we have a voice, that we’re able to say it’s in the Constitution, it’s an amendment, (a) right that we have, that we can speak,” said protester Maria Elena Patino. “Also, especially because he did not win the popular vote, President Trump. He does not stand for what America stands.”

CNN reported (via San Diego local ABC News affiliate 10 News) that there were similar events in other major cities:

Olga Lexell, who was one of about 20 people who helped organize the events in Los Angeles, Chicago, and New York, said they were intended to show Trump there was widespread opposition to his policies and “ridiculous” executive orders.

“A lot of people are angry because he lost the popular vote and is ruling like somebody who won by a landslide,” Lexell said.

In New York’s Columbus Circle, protesters held signs with a simple message — the word “No!” in different languages.

Demonstrators are continuing protests that began immediately after Trump’s surprise election victory in November, and which have become more organized in the weeks since he took office January 20.

Trump is expected this week to introduce a new version of his executive order suspending travel from terror-prone countries, which triggered widespread protest and opposition by the courts. 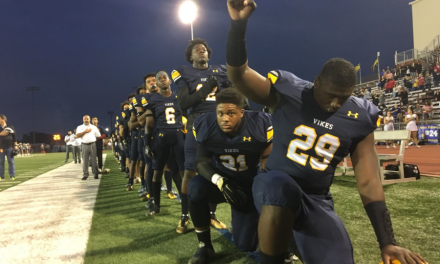 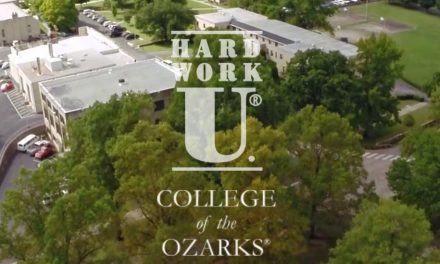 College of Ozarks: Stand for the National Anthem or Our Team Will Leave #NoPledgeNoPlay 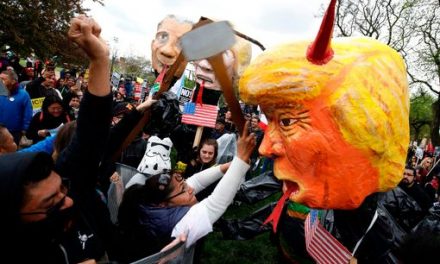 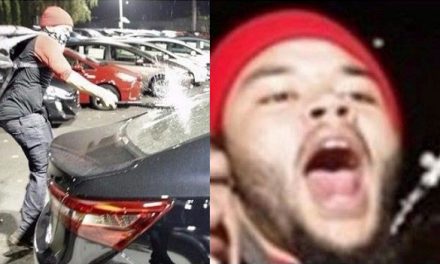