WASHINGTON— Tensions on the Korean peninsula are reaching an unprecedented boiling point, as North Korea’s leader threatens war with China, its strongest and most important ally, over its “nuclear betrayal.”

A Beijing official told both the U.S. and North Korea, along with Japan and South Korea, to “stop irritating each other” on Wednesday, prompting the Korean Central News Agency to fire back.

“China had better ponder over the grave consequences to be entailed by its reckless act of chopping down the pillar of” North Korea-China relations, a KCNA statement read, according to Reuters. “A string of absurd and reckless remarks are now heard from China every day only to render the present bad situation tenser.”

The statement blasted “ignorant politicians and media persons” in China for unfairly calling on Pyongyang to give up its nuclear-weapons program.

“The DPRK will never beg for the maintenance of friendship with China,” the statement said, using the acronym for Democratic People’s Republic of Korea.

Secretary of State Rex Tillerson on Wednesday reiterated the United States’ reliance on the Chinese to diffuse the escalating hostility brewing in the Korean Peninsula.

The U.S. is “leaning hard into China to test their willingness to use their influence,” Tillerson said, while laying out his vision of Trump’s “America’s First” policy at the State Department. “It’s a pressure campaign that has a knob on it, I’d say we’re at dial seven or six right now.”

Yet, Pyongyang’s antagonistic response to China’s reprehension reveals the potential flaw in the Trump administration’s plan to rely on China. Fearful a new Korean war is coming, China’s People’s Liberation Army is on its second-highest alert level – indicating  it thinks a direct military threat is imminent.

Chinese soldiers are reportedly memorizing phases such as “Stop” or “Don’t move or I’ll shoot” in Korean.

“The PLA is teaching Korean to soldiers near the North Korean border in case North Korean refugees start flocking into China if a military conflict arises between the U.S. and North Korea,” Japanese news outlet Yomiuri Shimbun reports. “Korean lessons are known to be happening throughout the Chinese-North Korea border given by ethnic Koreans living in China as instructors.”

In preparation for war, U.S. Army, Navy and Air Force commandos are permanently and rotationally based on the Korean Peninsula, Army Gen. Raymond A. Thomas explained in testimony to a House subcommittee on Tuesday.

“We are actively pursuing a training path to ensure readiness for the entire range of contingency operations in which [special operations forces], to include our exquisite [countering weapons of mass destruction] capabilities, may play a critical role,” he told the subcommittee.

“We are looking comprehensively at our force structure and capabilities on the peninsula and across the region to maximize our support to U.S. [Pacific Command] and [U.S. Forces Korea]. This is my warfighting priority for planning and support.”

Gen. Thomas categorized North Korea as one of five “current and enduring” national-security threats to the United States. The other four are he said are terrorism, Russia, Iran and China.

As concerns grow that North Korea might conduct its sixth nuclear test in defiance and United Nation sanctions continue to loom, Pyongyang confirmed its government is detaining and investigating a U.S. citizen the communist regime claims is seeking to overthrow the government, the third American citizen to be detained by the totalitarian, isolationist country in recent months.

Kim San Dok is being charged with committing “criminal acts of hostility aimed to overturn” North Korea – “not only in the past but also during his last stay before interception,” the country’s state-controlled news agency reported Wednesday.

Dok, who was “intercepted” on April 22 at Pyongyang’s international airport, worked as an accounting instructor at Pyongyang University of Science and Technology.

Pyongyang sentenced University of Virginia undergraduate Otto Warmbier to 15 years of hard labor in March 2016 for allegedly attempting to steal a political poster from a hotel. In April of last year, Korean businessman Ki Dong-chul, was sentenced to 10 years of hard labor on charges of spying and stealing state secrets. 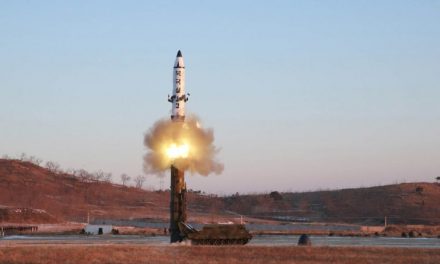 US attack on North Korea ‘may be an option,’ says retired US general 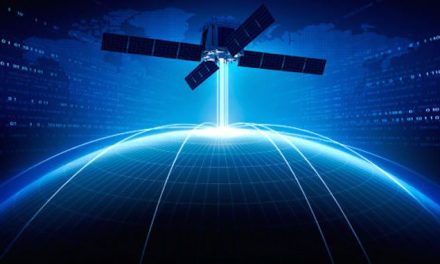 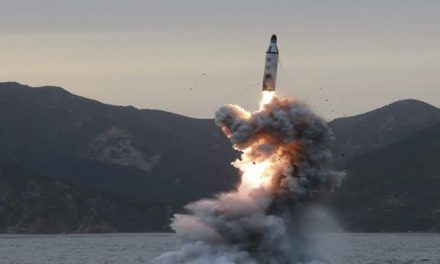 North Korea has managed to build a massive military stockpile 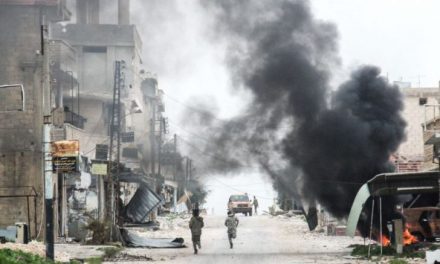