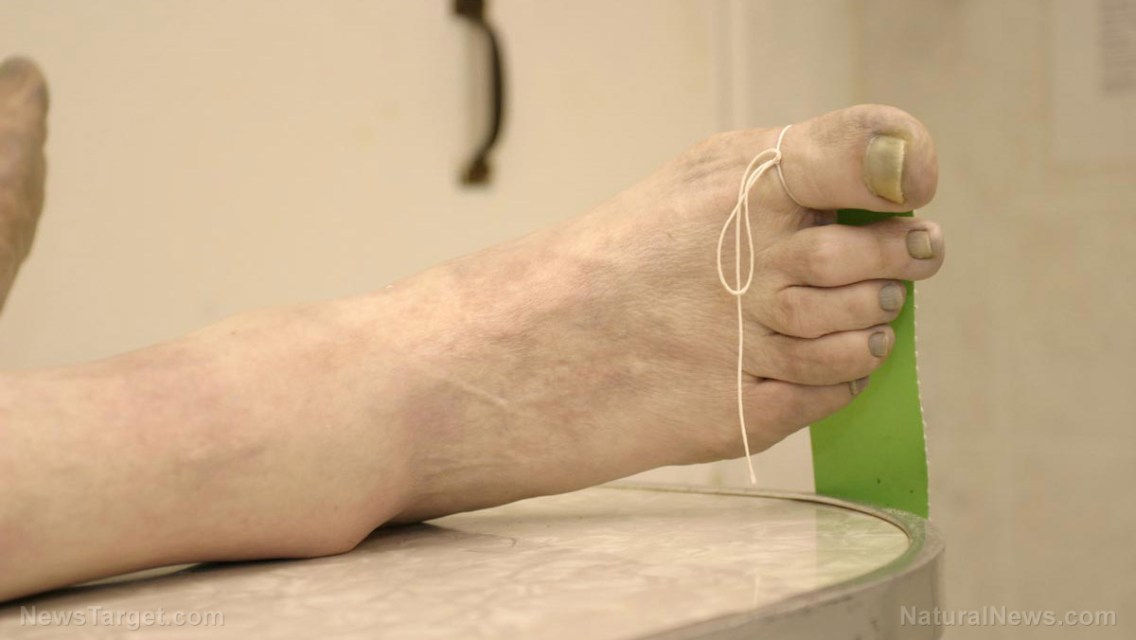 The latest data from the U.K. Health Security Agency’s (UKHSA) COVID-19 vaccine surveillance report shows that for every one “unvaccinated” person who supposedly dies from the Wuhan coronavirus (Covid-19), at least four “fully vaccinated” people perish.

The vast majority of reported covid deaths – 82 percent, according to the data – are occurring after people get their injections. This little factoid flies straight in the face of the 90 percent mortality prevention rate claimed by the jabs’ manufacturers. (RELATED: Back in September, the Office for National Statistics reported that almost everyone that month who tested “positive” for covid and died was “fully vaccinated”.)

“If the Covid injection was 90% effective in preventing death, why are ‘vaccinated’ people currently dying at a ratio of 4,8:1 to ‘unvaccinated” people?” asks The Exposé.

Using VSR (Vaccine Surveillance Report) data collected over a three-month period, The Exposé found that not only is vaccine-induced immunity to the Chinese Virus weak at best, but the little of it that is supposedly produced by the injections wanes exceptionally quickly.

Table 21 of the UKHSA’s Week 45 report contains a small footnote admitting this in a roundabout way. It explains that high mortality even in the “fully vaccinated” is “expected,” supposedly because “a larger proportion of the population are vaccinated than unvaccinated and no vaccine is 100% effective.”

“For week 45, everyone over the age of 30 shows a negative vaccine effectiveness – the ‘unvaccinated’ are better protected against Covid than the ‘fully vaccinated,’” The Exposé further explains.

“The ‘vaccines’ are destroying people’s immune systems – causing an immunodeficiency disorder, similar to AIDS, but vaccine-induced. The correlation is unequivocally clear but corporate media is not reporting it.”

The suggestion with this statement is that only a small percentage of the jabbed end up later dying from covid, but the reality is that many more of them are dying than government officials are admitting.

In fact, the most fully vaccinated deaths from the Fauci Flu probably never even get reported. A lot of them are also occurring later on rather than immediately, which makes these deaths easier to hide in the data.

Antibody-dependent enhancement (ADE) and other factors take time to catch up with a fully vaccinated person’s progressively failing immune system. Think of it like a longer-term slow kill as opposed to immediate death, though the latter does still occur in a subset of the vaccine-injured.

Interestingly, the UKHSA is still claiming publicly the very opposite of what its own data actually say. This government entity continues to falsely claim that unvaccinated people are the ones dying in droves when there is zero evidence to suggest this.

“Deaths dramatically increased, above the five year average, two months after the Covid injection campaign was launched,” reported The Exposé.

“Anyone who propagates the mantra ‘the vaccine is safe and effective’ is not being truthful. Anyone who encourages, coerces or forces an experimental medical procedure onto another is committing or aiding and abetting ‘wounding with intent … Corporate media is spreading misinformation and disinformation – turn off the TV, neuro-linguistic programming is being used against you.”

Commenting on the Exposé‘s piece, one person wrote that the healthcare systems of countries where the jabs are being widely administered are “about to experience a tsunami” of sick and dying patients, if they are not already.

“Other concerns include the possible integration of plasmid DNA into the body’s host genome, resulting in mutations, problems with DNA replication, triggering of autoimmune responses, and activation of cancer-causing genes,” this same person wrote.